THE IXTAPA-ZIHUATANEJO FISHING REPORT FOR THE INDEPENDENT SPORT FISHING FLEET


The full moon and some cooler water slowed the over bite but the independent fleet reported solid Sailfish action again this past week.  The Dorado action was slow but there was a good bite on the Blue Marlin further out. The Yellowfin were again found out at the 30 mile mark. Great warm blue water extends almost all the way to the 100 fathom line at 5-6 miles out.  Fly-fishing and spinning rigs for Jacks and Bonitos inshore has continued to be steady. Rooster action this past week was good as there was cooler green water very near the shore and the Roosters were cruising the breaklines. Good catches of Groupers and Jacks were again reported off the rocks. Nice Sierras were again being reported off 100-200 yds off the beach.


The February sailfish action has been very solid with fish this past week moving out a bit to the 8-10 mile mark.   Capt. Temo reports quality size Sailfish with many surpassing the 100 lb range. Although the overall action was a bit slower this past week most of the boats reported at least 1-2 Sailfish for their clients.  The Yellowfin were found 30-35 miles out at the 1000 fathom mark with some fish over the 100 lb mark. The Blue Marlin are being found near the 1000 fathom mark 25-35 miles out. Inshore the Bonito and Skipjacks were a bit harder to find this past week but the Jacks continued to be cooperative. The Roosters made a solid showing cruising the breaklines along a bit of off colored cooler green water very near the shoreline. Trocones was a hot spot this past week for the big Jacks. The best Rooster counts were to the south toward Vicente Guerrero.


IZ Climate:  February has reflected their typical late winter climate and a mix of mostly sunny to partly cloudy days. The 2 week outlook is for warmer temps and sunny skies. Daily temps are predicted in the upper 80’s and night time temps in the mid to low 70’s with humidity expected to run in the mid 60’s to low 70’s through into early March. They are now in their dry season and there is no precipitation projected into early to mid March. Winds are expected to be mild in the 7-10 mph range from the West and WSW.


Sea Conditions: The offshore water temperature has cooled a bit and is now in the 81-82 degrees range from the 5-6 mile mark at the 100 fathom line all the way out to the 1,000 fathom line at 25-30 miles.  Inshore temperatures are running a bit cooler at 77-80. The offshore water at the 1000 fathom mark is now clear blue all the way into the 100 fathom mark. With breezes in mid single digits, the seas are very calm particularly in the mornings.


Best Baits & Lures:  Rigged trolling baits and smoke trail lures continue to produce for the Billfish and Dorado with most boats preferring a mix of rigged baits for the Billfish and smaller lures and feathers for the Dorado.   Inshore top water poppers are the favorite for the Roosterfish, Bonito and Jacks. Cedar plugs and feathers are working best on the Yellowfin when found.


Bait Supply: The bait supply remains good and freshly caught baits are provided gratis with most charters. Live baits are readily available at this time and are $5.00/dozen paid directly to the bait vendors. 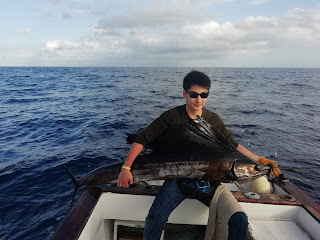 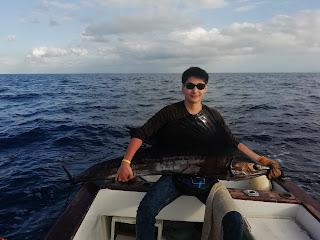 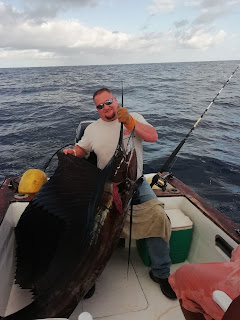 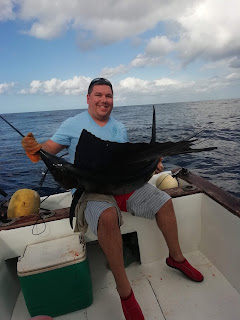 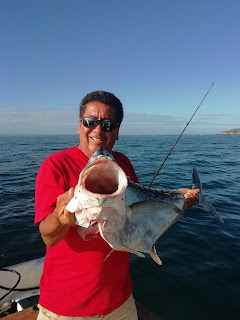 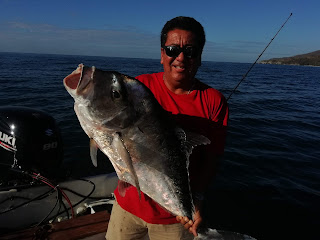 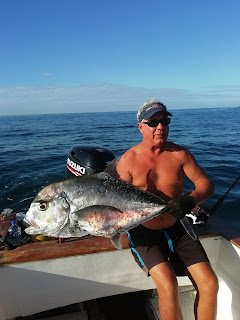 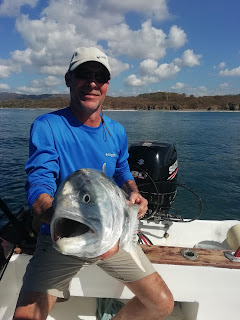